By: Administrator_India
In: COVID19
Tagged: Australia, Coronavirus, Testing
With: 0 Comments 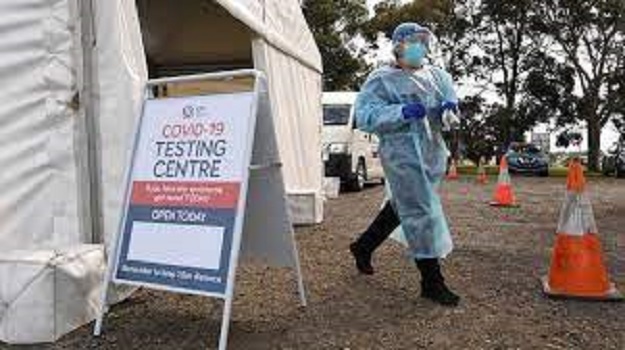 Australia’s most populous state on Tuesday reported its lowest one-day rise in new COVID-19 cases in nearly a week, fuelling optimism that contact tracing and social distancing were working to bring a dangerous new outbreak in Sydney under control.

New South Wales (NSW) reported eight new locally acquired COVID-19 cases in the past 24 hours, down on 15 reported one day earlier. Seven of the new cases were traced to a cluster in Sydney’s northern beachside suburbs, officials said.

“The trend is going where we want it to go, where we need to it to go,” NSW Premier Gladys Berejiklian told reporters.

“We’re confident that the strategy we’ve put in place is having the desired effect.”

The eighth case was a nurse who is believed to have caught the virus from a traveller returning from overseas, officials said.

The source of the outbreak – which ended a run of nearly two weeks with zero locally acquired coronavirus cases nationally – is believed to have been a returning traveller from the United States.

The state government locked down the northern beaches, home to more than 250,000 people, for five days from Saturday, prompting other states to close their borders and throwing Christmas plans for thousands of families into chaos.

The restrictions are set to be reviewed on Wednesday, and Berejiklian said the decision whether to remove curbs and allow families to gather for Christmas was still too close to call.

Extending restrictions would be politically unpopular but should the cluster grow and NSW is forced to broaden restrictions, Australia’s economy would be stunted.

Australian retail sales soared 7% in November from the month before, led by pre-Christmas shopping in a sign fourth-quarter economic growth could be stronger than expected.

But a gauge of Australian consumer confidence fell 2% last week, a weekly ANZ-Roy Morgan survey showed, led by a sharper drop in Sydney.

The state government is watching to see if the outbreak spreads beyond the northern beaches area, with record rates of testing – almost 45,000 were conducted in the past 24 hours – helping to determine if restrictions can be lifted.

Virus carriers have visited more than 100 venues around the city of more than 5 million people, including restaurants, cafes, gyms and post offices, heightening the risk of wider community transmission. So far, however, tests have shown the outbreak is contained to the nothern beaches.

All Australian states have now moved to close their borders to NSW, with hundreds of police and military personnel deployed to ensure compliance.

The outbreak has also seen the annual Sydney-to-Hobart yacht race cancelled for the first time in 76 years, while the cricket test between Australia and India scheduled to start at the Sydney Cricket Ground on Jan. 7 is under threat.